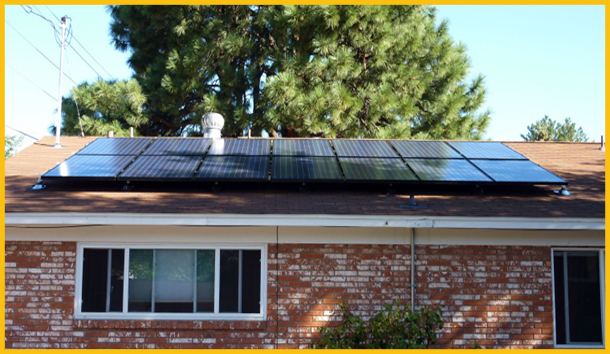 Solar panels are silicon based semiconductor materials that generate a current when light is incident on it. Each PV panel is made up of smaller sized solar cells which are connected in series to increase maximum voltage that can be generated from it. When another object in the vicinity obstructs a direct path from the sun, a shadow is cast on some of the cells in the panel. Now, the cells without any incident radiation will act as resistance to the current flow. This heats up the cell, generating a hotspot. This will damage the cell and render the entire PV panel useless. 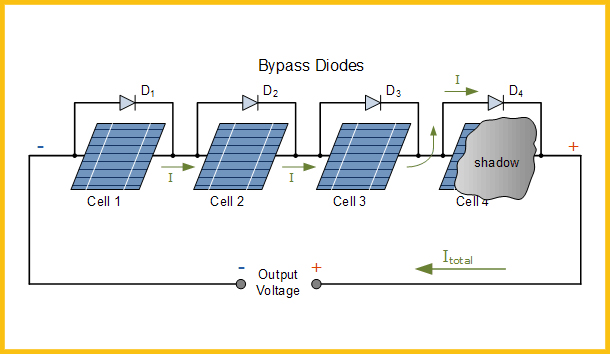 To avoid this, a bypass diode is added which is placed in parallel with the panel. If a shadow is cast then the current flows through this diode and the panel is rendered useless. In other words, the panel is switched off. 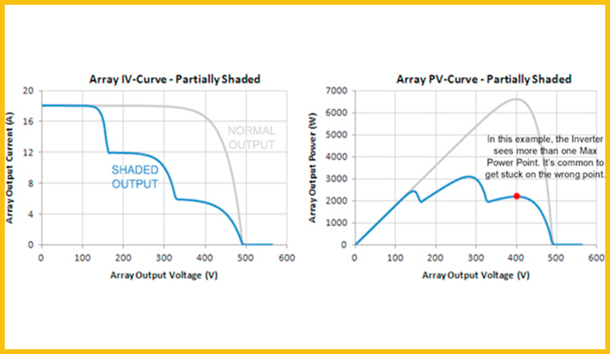 Solar Inverters have MPPT based tracking that search for the tip of the above PV graph (right). During partial shading, when some cells in a particular panel have shadow, the inverter might get stuck on the wrong tip and generate less power than optimum. 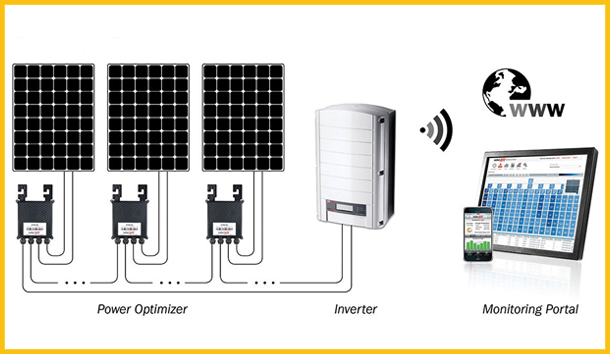 MNM solar offers you an ingenuine device known as power optimizers. Power optimizers are DC to DC converters that are attached to each solar panel. These can correct module “mismatch” by running each PV panel at its maximum power point (MPP) and then converting the voltage and current to the optimal array voltage and current. This will help you harvest more energy in the same amount of area which would otherwise be lost due to electrical imbalances cause due to environmental mismatch in the area. For you, this means lower electricity bills and a smaller buy-back period.